In this session you will learn how the Second World War impacted on children’s lives around the world. Follow these activities to learn about children who were evacuated in Britain and how the war changed children’s lives in other countries.

Watch our short video tour and explore The National Memorial To The Evacuation (The British Evacuees Association).

The Second World War took place between 1939 and 1945 between two groups of countries. One group was called the Allies and included Britain, France, Poland, the Soviet Union, the United States of America and Commonwealth countries such as pre-partition India and Canada. The other was called the Axis Powers and included Nazi Germany, Italy and Japan.

The Second World War began in Europe on 1 September 1939 when Germany invaded Poland. It ended in 1945. In Europe, the war ended on 8 May 1945, when Nazi Germany surrendered on a day known as Victory in Europe Day (VE Day). The war against Japan took place in the Far East and ended three months later on 15 August 1945. This brought an end to the fighting and is known as Victory over Japan Day (VJ Day).

Family life was affected by the war. All men aged between 18 and 41 had to join the British Army, Royal Navy or Royal Air Force unless they did important jobs such as mining, farming or teaching or were exempt on medical grounds. This was called conscription and meant that many fathers or siblings had to go to war. Meanwhile, many women took up new jobs to help the war effort, such as working in factories or on farms.

There were many other changes as well. Rationing was introduced, meaning that people were only allowed a small amount of certain foods to make sure that the country would not run out of food. In large towns and cities, the lights had to be turned off at night and windows covered to stop any light spilling out. This was called a blackout and was done to protect cities from bombs. 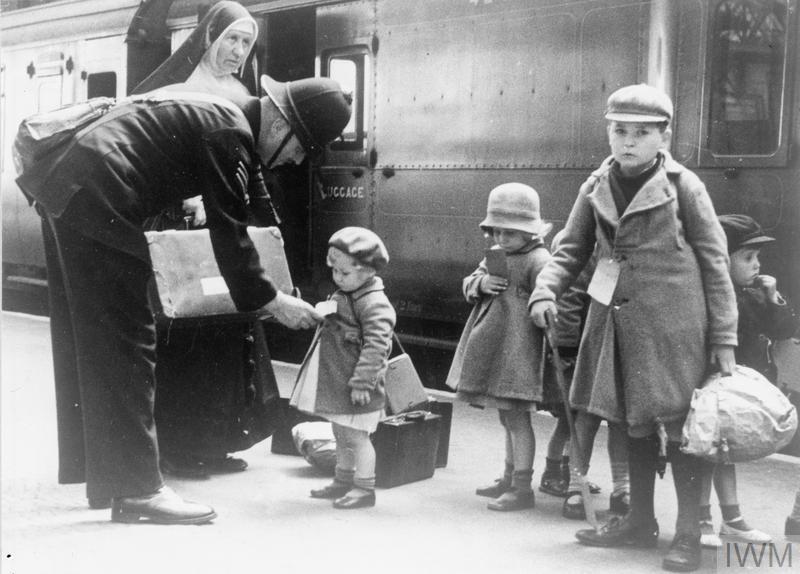 Children were given cardboard labels with their names on, before boarding trains and buses to the countryside. Image © IWM (LN 6194)

When the Second World War began in 1939, the British Government was afraid that thousands of people would be killed by German aeroplanes dropping bombs on British cities. So, they organised an evacuation. They moved vulnerable people, children and pregnant women away from cities to safe areas in the countryside. These were known as reception areas, which would not be bombed.

When children were first evacuated, they did not know how long the war would last, or when they would see their families again.

The British evacuation was called ‘Operation Pied Piper’. It began on Friday 1 September 1939. The Government sent parents a list, telling them what they should pack for their children. Not all families could afford all the items on the list.

Evacuation was not compulsory; some families did not send their children away. 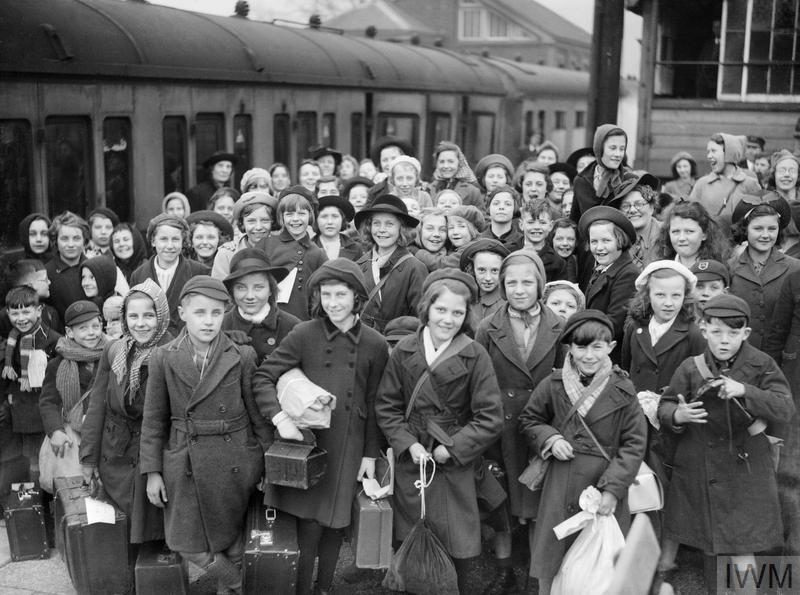 Look at the sentences below. Some words have been highlighted. What do these words mean? Match the sentences on the left with what they mean on the right. 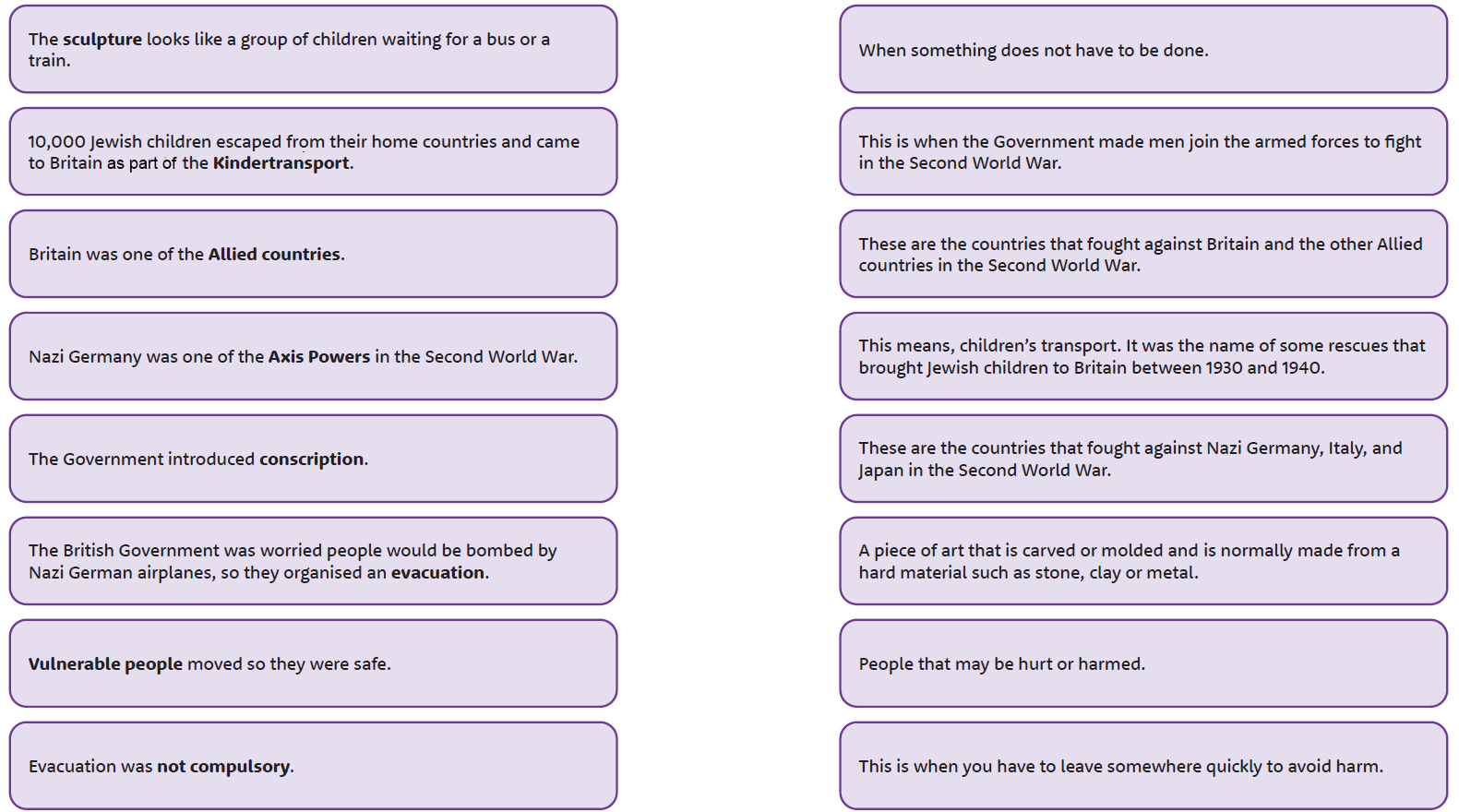 Michael Fethney – a life in Australia

Some children were evacuated abroad. The Children’s Overseas Reception Board (CORB) evacuated 2,664 British children from England. The children were sent to Canada, Australia, New Zealand and South Africa. A few also went to the USA.

Michael Fethney went to Australia as part of the CORB scheme. He was away for five years, leaving as a young boy of nine and returning a teenager aged 14.

Many of the CORB children found travelling to a new country across the sea in wartime very difficult. They left their homes and were taken to a completely new country with a new way of life.

When Michael was travelling back home on the ship, he was told about how Britain had changed while he was away. He had not seen his family or his home for five years. Many bombs had been dropped in Britain and people were living with rationing. Life was very different to how he had left it. Nothing could prepare him for his life back with his parents. He was now taller and had his own opinions. It was a shock for his parents as well. As Michael says: “My family all appeared smaller to my 14-year-old eyes, as did ‘home'.”

Imagine that you are on the ship, returning home with Michael. Describe the journey. What is the journey like? What can you see, smell, touch, taste and hear? How are you and Michael feeling on the journey? 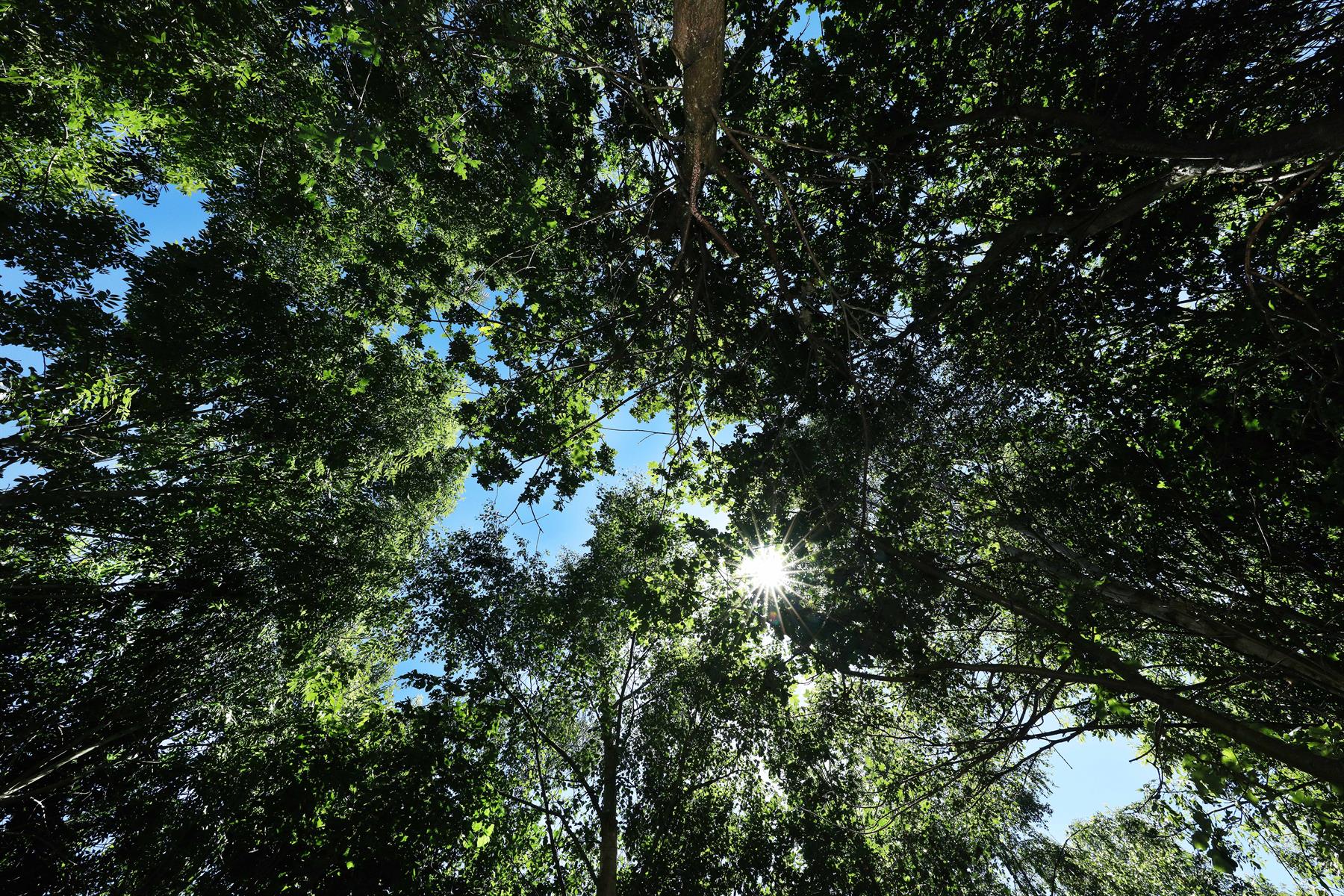