We are currently experiencing flooding in parts of the Arboretum. If you wish to visit a specific areas of site please talk to a member of the team, who can advise the best route.

The National Memorial Arboretum will remain open to pre-booked visitors from the local area for outdoor exercise following the introduction of new national coronavirus restrictions from Tuesday 5th January. People visiting the Arboretum must follow the latest government guidance and anyone advised to self-isolate or shield should not visit the site at this time.

Access to the Arboretum will be via the Remembrance Centre where our visitor toilets remain available. A limited take-away service is available from our Coffee Shop kiosk.

We are currently unable to offer dine-in options in our Restaurant and our talks and tours are unavailable. Our Gift Shop is closed.

The Arboretum was the idea of Commander David Childs CBE who, having been inspired by a visit to Arlington Cemetery and the National Arboretum in Washington, believed a year-round national centre of Remembrance was needed here in the UK to ensure we never forget.

Supported by Group Captain Leonard Cheshire VC, an appeal was launched in 1994 by the then Prime Minister, John Major.

The project began with no money, no land, no staff and no trees. The National Lottery, in the form of the Millennium Commission, granted some forty per cent of the funds needed and this was matched by thousands of donations, both large and small, from a wide variety of organisations both military and civilian, men and women, corporate and voluntary.

The site, based in Alrewas Staffordshire between Burton upon Trent and Lichfield, was developed on reclaimed gravel workings, bordered by the Rivers Trent and Tame, gifted to the charity by Redland Aggregates, now Tarmac.

Planting began in 1997 and the Arboretum was created by a small army of volunteers and an original friends group with the vital support and grants from the Forestry Commission and the National Forest Company. From the start it was seen as a place of joy where the lives of people would be remembered by living trees that would grow and mature in a world at peace. The Polar Bear Memorial was the first actual memorial to be placed at the Arboretum. This tribute to the 49th West Riding Infantry Division was dedicated on 7 June 1998. 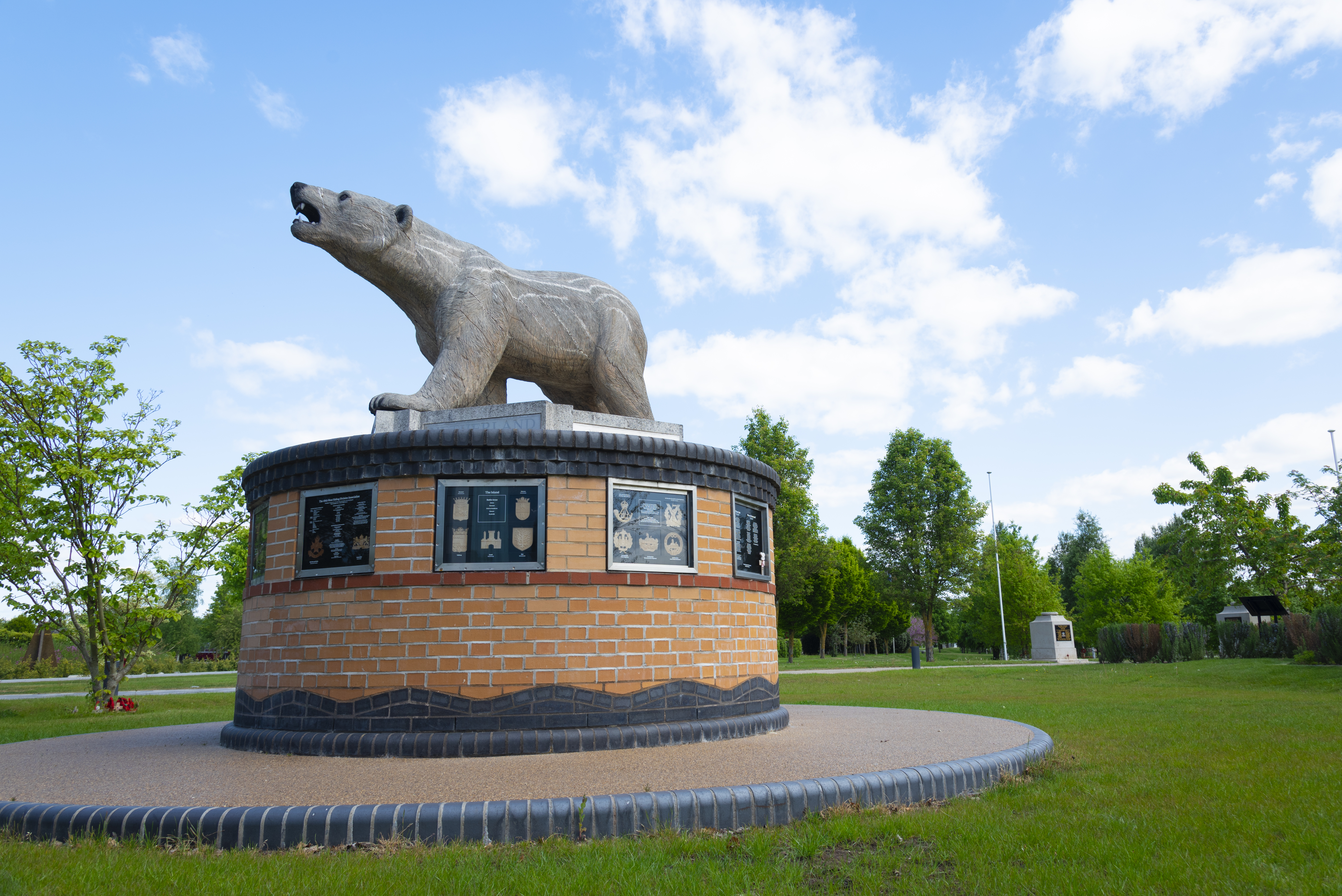 A Place for Everyone to Remember

The Arboretum was officially opened to the public in May 2001 by Her Royal Highness the Duchess of Kent, with the Armed Forces Memorial, a national monument to those who have lost their lives on duty or as an act of terrorism since the Second World War, being dedicated six years later in 2007. The addition of the Armed Forces Memorial saw visitor numbers grow from 65,000 each year to 300,000 and it became apparent new, larger facilities would soon be required.

In 2009 an appeal was launched with His Royal Highness the Duke of Cambridge as its patron to raise money for a new Remembrance Centre to prove a befitting gateway to the Arboretum, to tell the story of Remembrance, and provide suitable visitor facilities. Opened in 2016, the Remembrance Centre is now a busy, atmospheric hub in which we welcome over 300,000 people annually.

In 2018, a second building, Aspects, was opened to provide facilities for over 250 events each year – many of them Remembrance services, dedication events, military reunions and now, increasingly corporate and private events for those who wish to be part of this special place.

Although many of the trees are still young, they are rapidly growing into a unique living tribute. Every year sees the dedication of new memorials and special events at the Arboretum. Over ninety percent of our visitors surveyed say they will return, many time and time again, to see the Arboretum as it develops.

We hope you enjoy your visit and have a special day to remember. 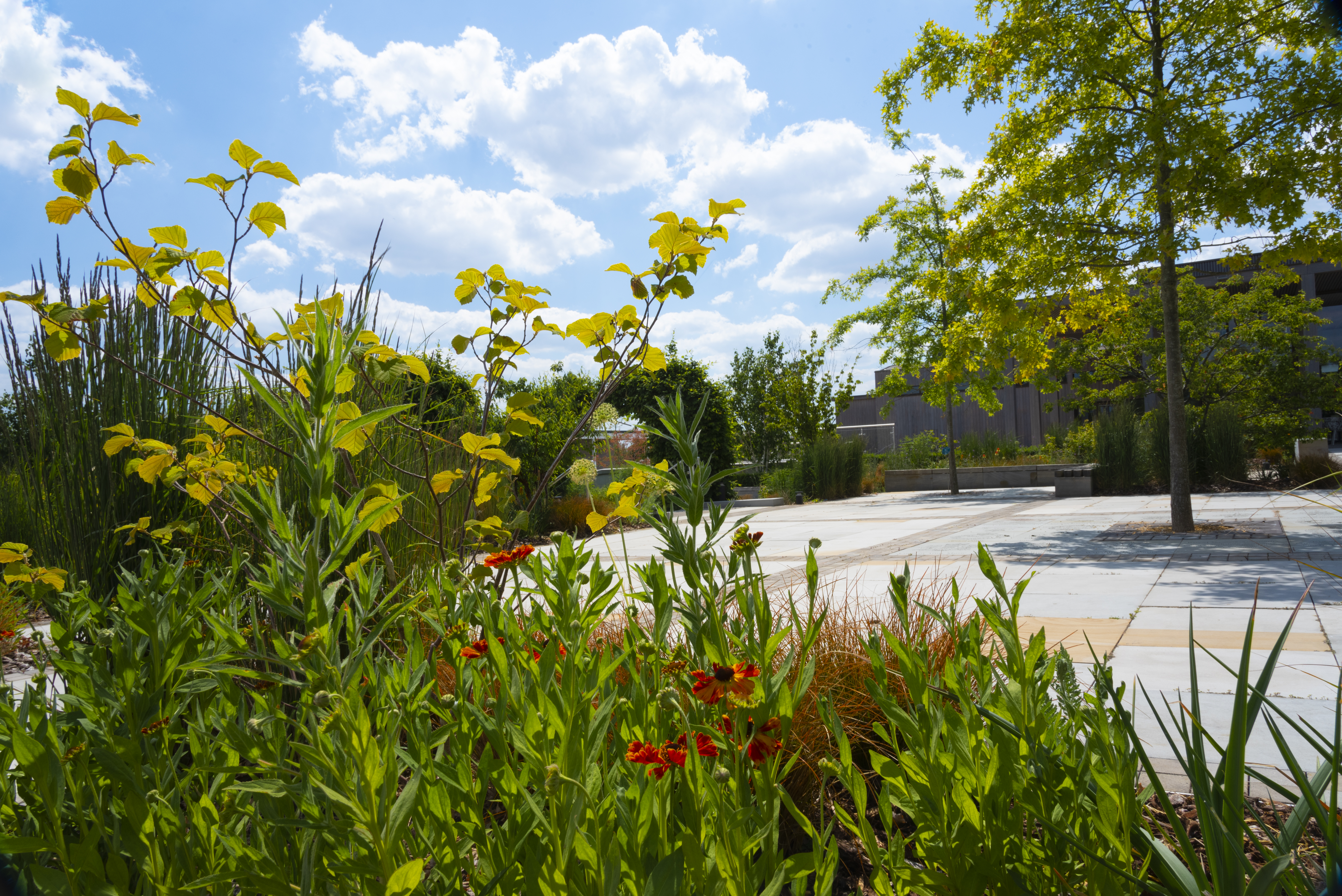 Join us for a memorable day
Book Your Visit