We are open to pre-booked visitors

The National Memorial Arboretum is open to pre-booked visitors. Tickets are released each Thursday and can be booked up to 2 weeks in advance. People visiting the Arboretum must follow the latest government guidance relating to travel and social distancing, and anyone advised to self-isolate should not visit the site at this time.

Access to the Arboretum will be via the Remembrance Centre where our visitor toilets remain available. A daily programme of walks and talks are available and our Shop is open.  A limited take-away service is available with a range of freshly prepared hot and cold drinks and snacks.  We are currently unable to offer dine-in options in our Restaurant.

We are legally obliged to ask all visitors over the age of 16 to either check in with the NHS Test and Trace App or to provide contact details upon arrival.

Visiting Us During Coronavirus

Staffordshire Day is marked each year on 1 May.

This year, to mark Staffordshire Day, we are highlighting just some of the many links to our wonderful county, that can be found across our 150 acre site. This a number of the near 400 memorials we look after, as well as stories behind some of the many plaques and trees.

What is Staffordshire Day?

Staffordshire Day is the day our county comes together to celebrate everything we love about Staffordshire.

Every year on 1 May, Staffordshire comes alive with events of all shapes and sizes. Whether you love its captivating countryside, thrilling theme parks or eye-opening history and heritage, there will be something for you to enjoy.

Click the link below to discover more about out our wonderful county and other great Staffordshire Day activities.

Memorials With Links To Staffordshire

The Staffords are an amalgamation of two famous regiments, The South Staffordshire Regiment, formed in 1705 and The North Staffordshire Regiment which was formed in 1756. Both regiments distinguished themselves in the campaigns of the First and Second World Wars before amalgamating in 1959. They now form the 3rd Battalion The Mercian Regiment. The memorial is made from local Red Hollington Stone (“Staffordshire Stone”) which was also used to build Lichfield Cathedral. William Harold Coltman (1891-1974) was born in Tatenhill Common, near Burton on Trent, Staffordshire. He volunteered for the British Army in January 1915, a few months after the start of the Great War. He served in the North Staffordshire Regiment (The Prince of Wales’s) in the 1/6th Battalion and volunteered to serve as a stretcher bearer. In February 1917, Coltman was awarded the Military Medal for rescuing a wounded officer from no-man’s land. Less than six months later he was awarded the Distinguished Conduct Medal, shortly followed by a Bar to his Military Medal for his conduct behind enemy lines. Coltman continued to display incredible gallantry, all without firing a single shot. In the last couple of months of the war, he added two more gallantry awards, including the Victoria Cross, making him the most decorated non-commissioned soldier in the First World War.

Reginald Mitchell CBE, FRAeS, was a British aircraft designer who is best remembered for designing racing seaplanes such as the Supermarine S.6B, and the Supermarine Spitfire. Born in Congleton Road, Butt Lane, Staffordshire, Mitchell attended Hanley High School. In 1917 he joined Supermarine, where he was appointed Chief Engineer in 1920 and Technical Director in 1927. Between 1920 and 1936 he designed 24 aircraft, which included flying boats and racing seaplanes, light aircraft, fighters, and bombers, as well as the Type 300, which went on to become the Spitfire. Mitchell's design was so sound that the Spitfire was continually improved throughout World War II. Over 22,000 Spitfires and derivatives were built. There is a plaque to remember him and his work located in the Royal Air Force Wing. 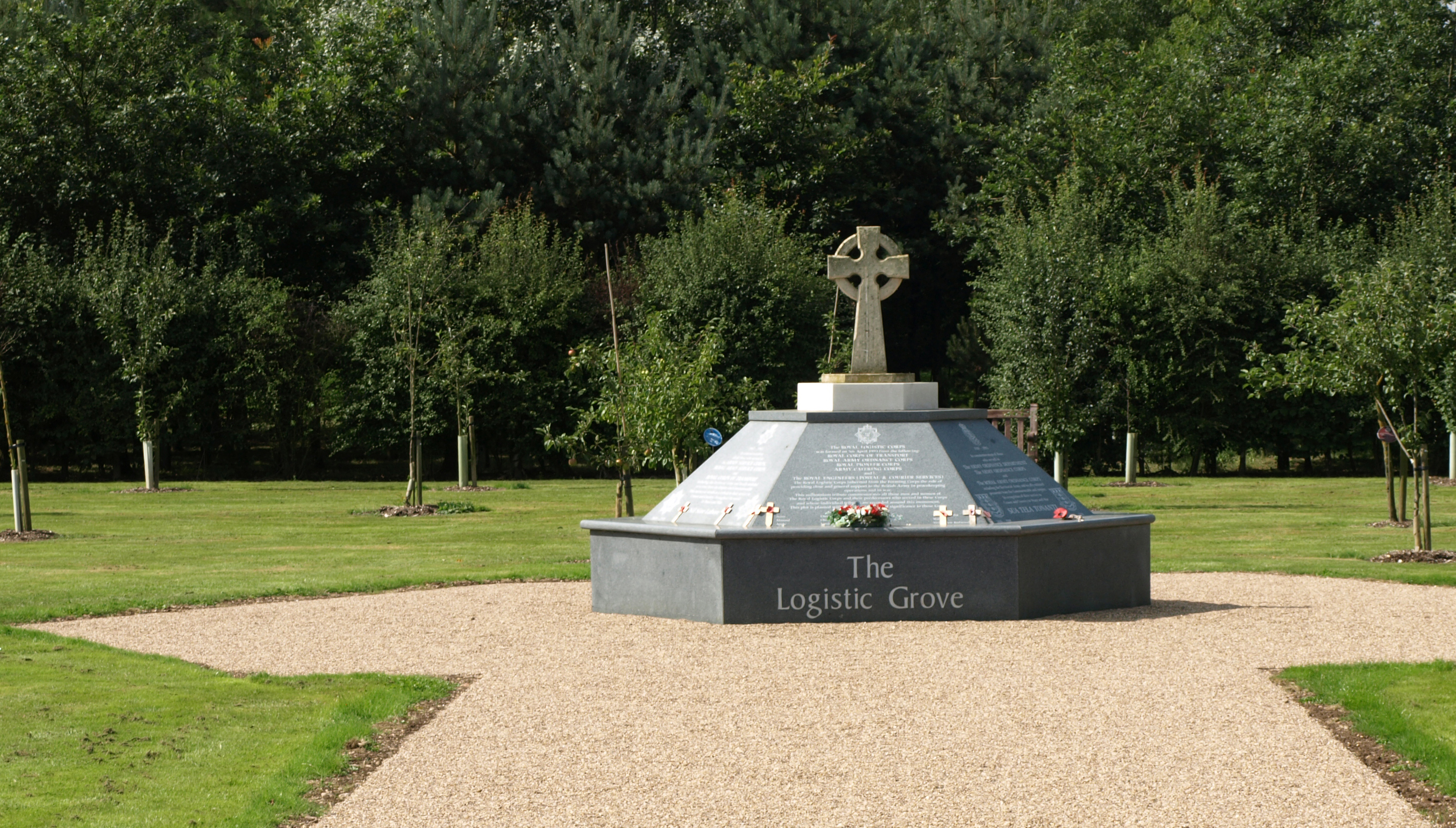 Swynnerton Training Camp and Training Area near Stone was built in 1939, at the beginning of World War II. Located so it was easily hidden in the mist and fog, the camp was originally constructed as a Royal Ordnance Factory (ROF), creating ammunition for the war effort. During this time, a total of 33,000 people worked at the factory, the majority of whom were women, producing Spitfire bullets and black powder used for illuminations at sea. The work was extremely dangerous and there were many injuries and fatalities. The women were locally known as the Swynnerton Roses. There is a plaque commemorating them in The Royal Logistics Corps Grove.

Able Seaman Colin Grazier (1920–1942) of Two Gates, Tamworth Staffordshire, gave his life recovering vital Enigma codes from a sinking German U-boat U-559 during WW2 in the Eastern Mediterranean. With shipmates Lieutenant Tony Fasson and canteen assistant Tommy Brown from the Royal Navy’s destroyer HMS Petard, he volunteered to swim to the disabled submarine to salvage any vital information they could find. A four-wheel Enigma cypher machine and the books to go with it were rescued, and were crucial to the code-cracking centre at Bletchley Park who were able to use it to decipher German Navy signals protected by the Enigma machines. It took 3 decades for the brave exploits to be made known, but they are now recognised as one of the most significant actions of the conflict. HMS Petard is commemorated with a bench in the Y Listening Service Garden, located on Giffard Avenue.