The National Memorial Arboretum, in Staffordshire, has opened a new free exhibition featuring frontline sketches of the Falklands War by Linda Kitson who was appointed as the official war artist by the Imperial War Museum.

As the first official female war artist, Kitson served alongside frontline personnel, documenting the conflict through a series of vivid drawings sketched in the heart of the action.

“I look back at these drawings from so long ago and can still feel the sub-zero temperatures,” said Linda Kitson. “These drawings are exactly as they came from ‘the field’, which is a very different thing from a highly polished piece finalised in a studio. Not only were my fingers frozen, but I only had anything from two to twenty minutes for each picture; we were continually on the move.”

On May 12 1982, Kitson set sail on the civilian cruise liner Queen Elizabeth 2, which had been requisitioned from Cunard by the Royal Navy for use as a troop carrier. The 8,000 mile journey took more than two weeks and she was one of only a few women travelling amongst 3,000 men. Originally planning to venture only to Ascension Island in the middle of the Atlantic, which served as a staging point for the British Armed Forces, the artist instead chose to join personnel as they sought to retake the Falklands, eager to record the frontline action.

Skilled in working at speed, and experienced in reportage illustration, Kitson was able to produce around six drawings a day, and hundreds by the end of her posting. Her works used ink, pencil and conté crayon to capture scenes from the flight deck to the frontline, often sketched in harsh conditions and sometimes under threat of danger.

“These incredible sketches provide a unique window into the experience of those who valiantly fought on the frontline and serve as a powerful reminder of the sacrifices they made,” said Chris Ansell, Head of Participation and Learning at the National Memorial Arboretum. “Linda’s drawings are an evocative example of visual Remembrance and we are privileged to be able to share them with visitors as we approach the 40th anniversary of the Falklands War.”

“I am so pleased that forty years after the Falklands conflict you are able to see my drawings once again,” said Linda Kitson. “They were done in the field, as fast as possible and in sub-zero temperatures. Time may alter the experience of poignant memories but it doesn’t take them away. In our busy world to be able to come to this beautiful arboretum must surely offer a perfect sanctuary for remembrance. Whether to come alone or to share experiences with all generations - this is a real haven.” 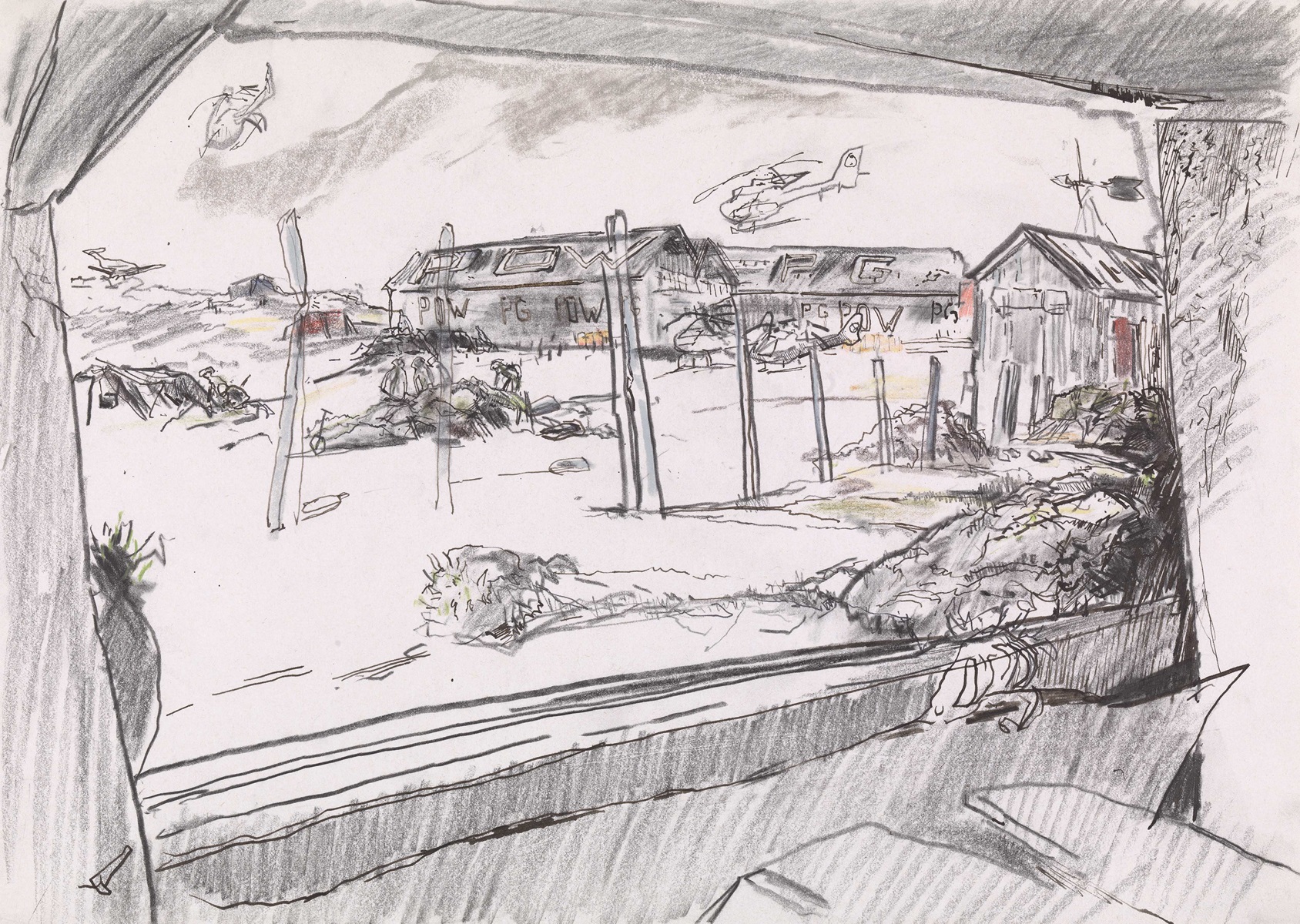 On 2 April 1982 Argentine troops invaded the Falkland Islands, provoking a war in which more than 900 people lost their lives.

Britain had ruled over the islands for more than a century, but Argentina believed that the territory was rightfully theirs. When Argentina attempted to reclaim the Falklands by force, Britain set out to defend them. Although the conflict was short-lived, lasting just 74 days, the fighting was intense.

The National Memorial Arboretum is home to several memorials connected with the Falklands War, including the South Atlantic Medal Association Memorial, tributes to several ships and units which served during the conflict, and the Falkland Islanders Resistance Memorial in the Allied Special Forces Memorial Grove.

On Tuesday 14 June, the Arboretum will host a commemorative event organised by the Royal British Legion to mark the 40th anniversary of the end of the Falklands War. Attended by thousands of invited veterans, civilians and bereaved families, the event will feature veteran testimonies from key moments in the conflict as well as the Act of Remembrance. Those wishing to attend the event are asked to contact their respective Regimental or Service Association to register their interest. 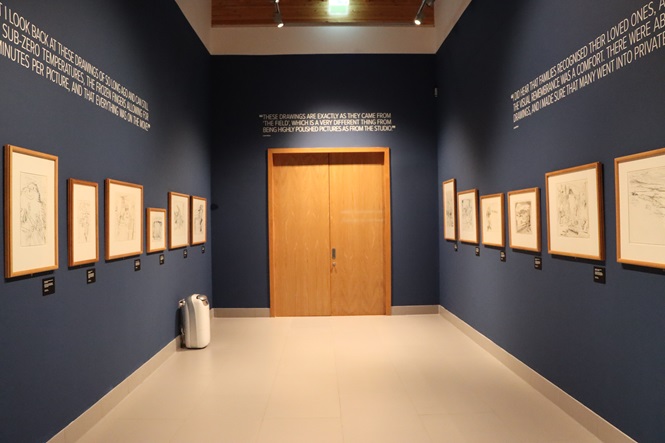 Falklands 40: Sketches from the Frontline

This free exhibition at the National Memorial Arboretum is open until 19 June 2022.
Explore the Exhibition