We are currently experiencing intermittent technical difficulties with our telephone systems if you'd like to get in touch with the Arboretum team please email info@thenma.org.uk. If you are trying to make a booking for parking tickets, mobility scooters or an event please consider visiting our online booking portal.

Visitors are advised that the Coffee Shop is currently closed. Our Restaurant is open from 10am - 5pm.

The withdrawal of RAF units of the Far East Air Force (FEAF) and the closure of HQ FEAF was completed in October 1971.

This event marks the 50th anniversary of this closure, with an assembly at the Far East Air Force Memorial, short service accompanied by the RAF Central Band, and private function afterwards. 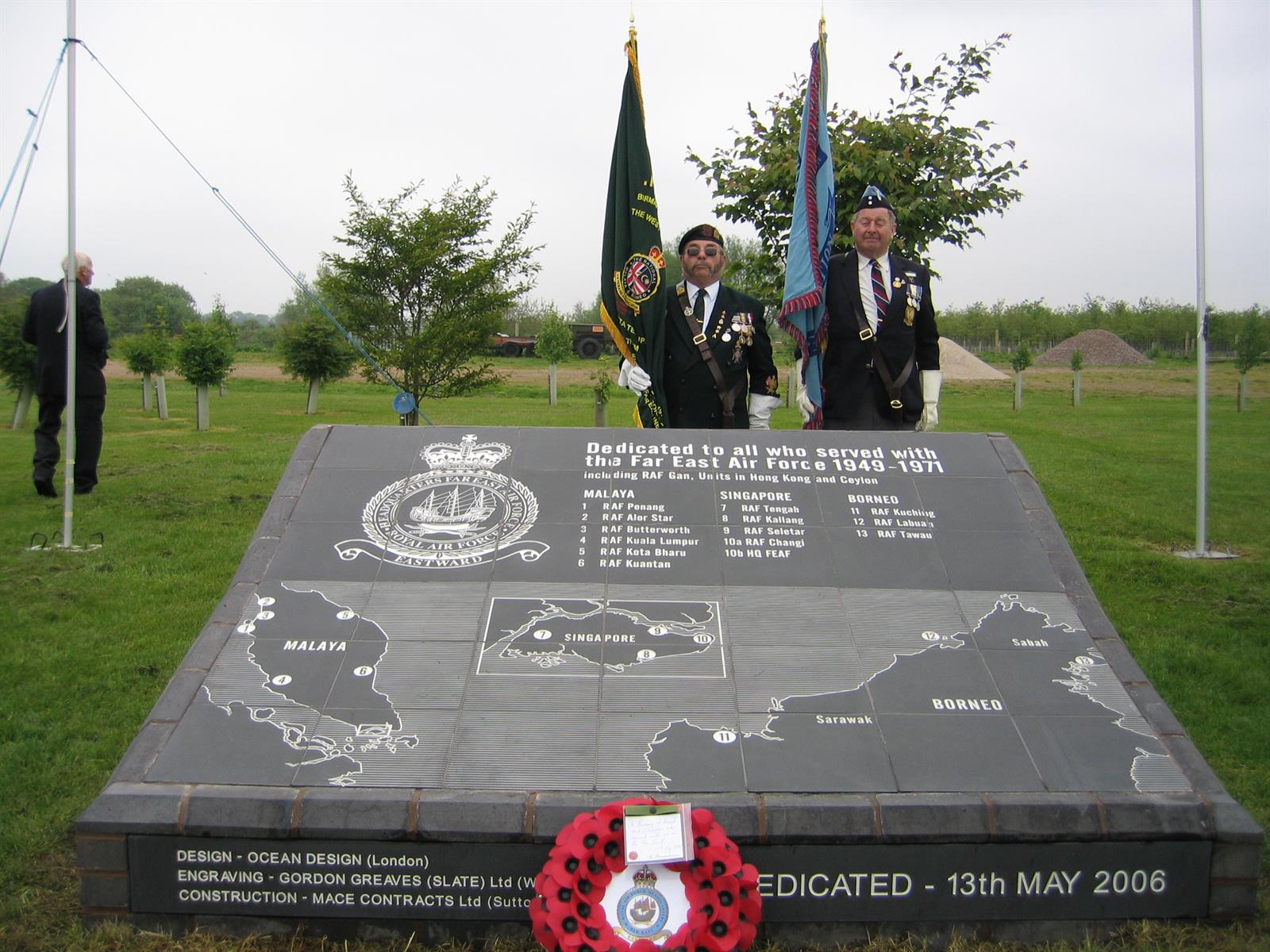