In line with government regulations, from Tuesday 30 November 2021, face coverings are required for visitors in the Remembrance Centre (unless exempt).

Our annual Armistice Day service took place on the Armed Forces Memorial earlier today. The Right Reverend Martyn Snow, Bishop of Leicester, presided over the service. In attendance were Their Royal Highnesses the Duke and Duchess of Gloucester.

Music was provided by the Band of the Prince of Wales under the direction of Warrant Officer Class 1 (Bandmaster) David Hatton MMUS, FRSM, ATCL.

During the service wreaths were laid by guests including Mr Ian Dudson KStj, Her Majesty's Lord-Lieutenant of Staffordshire, Mr Jamie Friend DL, High Sheriff of Staffordshire and Baroness Goldie DL, Minister of State at the Ministry of Defence. Rear Admiral Iain Lower, Brigadier Jon Swift and The Venerable (Air Vice Marshal) John Ellis, laid wreaths on behalf of the Royal Navy, the Army and the Royal Air Force. 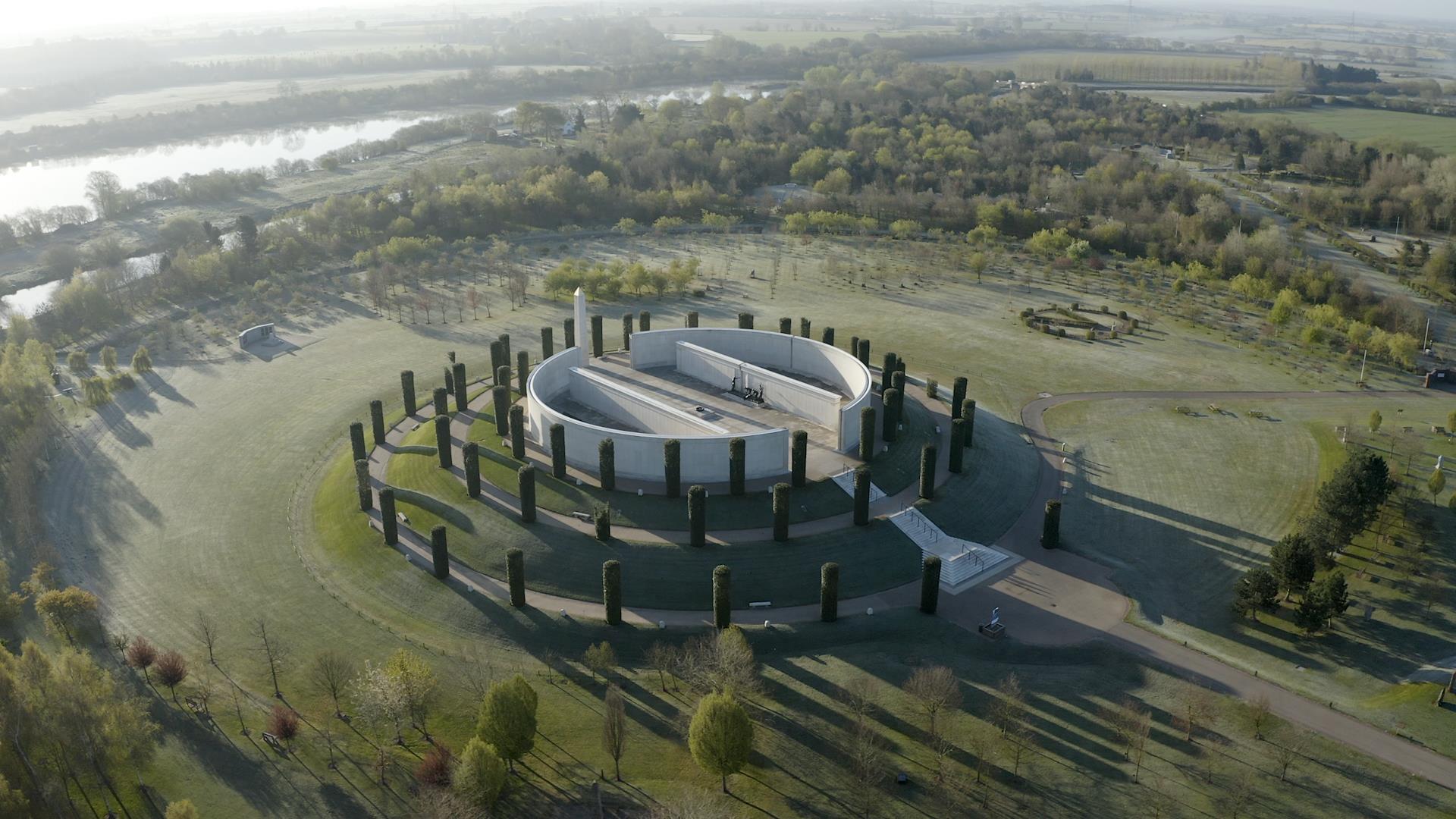